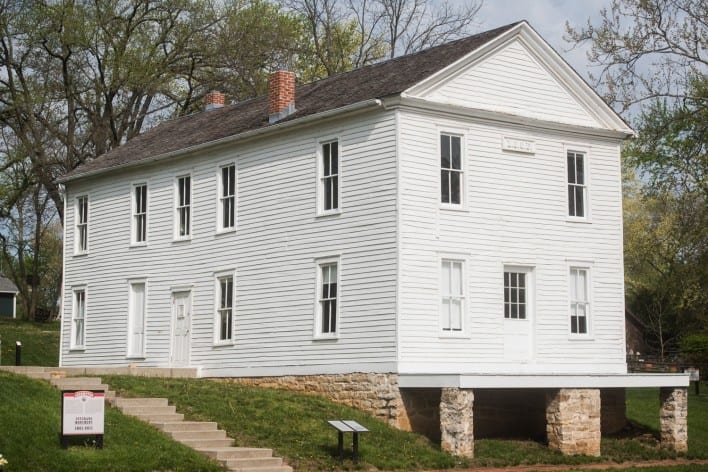 Constitution Hall, erected by Samuel Jones in 1856, became the place where the Kansas Territorial Government convened. In the fall of 1857 (October 19), the Lecompton Constitutional Convention met and drafted a pro-slavery constitution in the upper story of the building. The downstairs was rented as the federal land office and private law offices.

During 1857 this building was one of the busiest and most important in Kansas Territory. Thousands of settlers and speculators filed claims in the United States land office on the first floor. They sometimes fought hand-to-hand for their share of the rich lands that were opening for settlement. The government was removing the Native Americans from Kansas to make their lands available to whites.

Upstairs the district court periodically met to try to enforce the territorial laws. Most free-state people refused to obey these laws because they had been passed by the pro slavery territorial legislature. This resistance made law enforcement nearly impossible for territorial officials. Time after time the territorial governors called out federal troops from Fort Leavenworth or Fort Riley to maintain order.

In January 1857 the second territorial legislative assembly met on the upper floor. Although still firmly pro slavery, this group removed some of the earlier laws that their antislavery neighbors opposed. 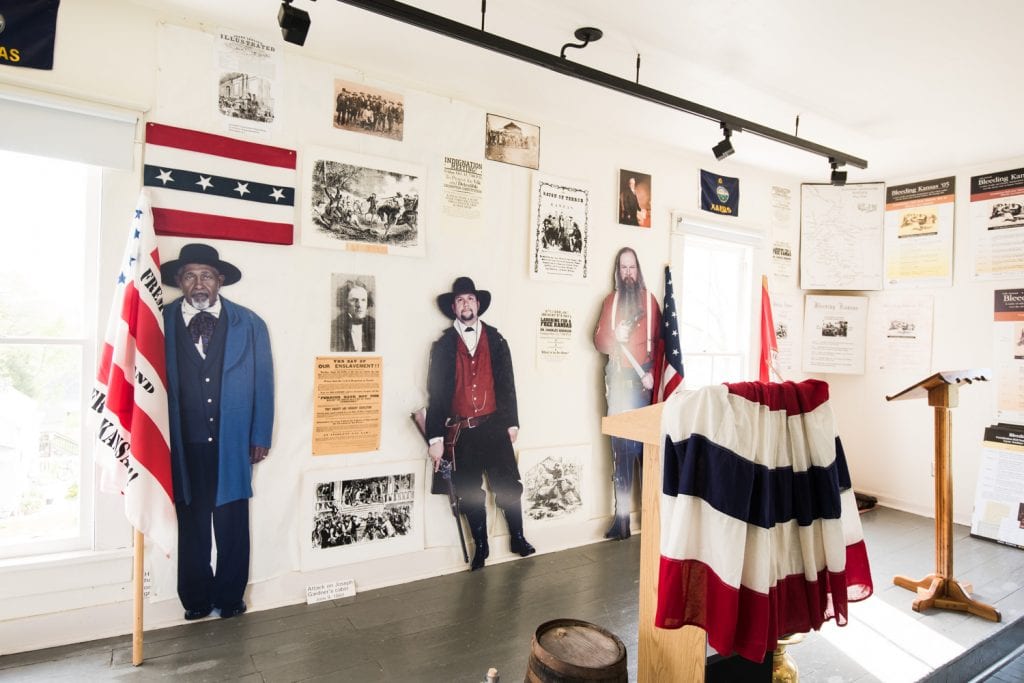 The Lecompton Constitutional Convention met that fall in this same second-floor assembly room. The purpose of the convention was to draft a constitution to gain statehood for Kansas. Newspaper correspondents from across the country gathered to report on the meetings. Many Americans feared a national civil war if the convention could not satisfy both pro slavery and antislavery forces. Regrettably, compromise proved impossible because pro slavery men dominated the convention. They created a document that protected slavery no matter how the people of Kansas Territory voted. This was intolerable for their antislavery opponents, who refused to participate in what they considered to be an illegal government. Eventually the Lecompton Constitution was defeated at the national level. It never went into effect.

Instead, free-state forces rallied their supporters. They gained control of the territorial legislature in the October 1857 election. Two months later this new legislature was called into special session to deal with critical territorial problems. They met in the same Lecompton assembly hall that their political enemies had controlled only a few weeks before. Here they began to reform the laws of Kansas Territory according to their own beliefs. That work continued during later legislative sessions. In 1858 the assembly was moved from the pro slavery capital of Lecompton to the free-state town of Lawrence.

After 1894 Constitution Hall was owned by Odd Fellows Lodge number 413. Over the years they shared their lodge room with the Grand Army of the Republic, the Masons, and the Modern Woodmen of America. Rebekah lodge number 698 took over responsibility for the building in 1946. This women’s group conducted their social and services activities here until Constitution Hall became a state historic site in 1986. 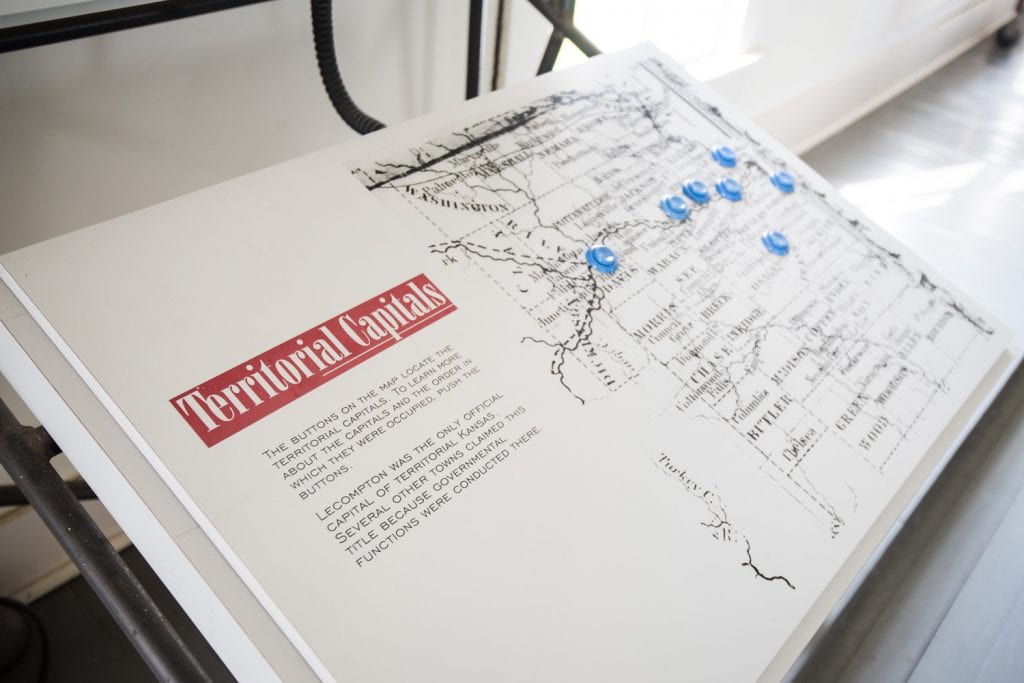