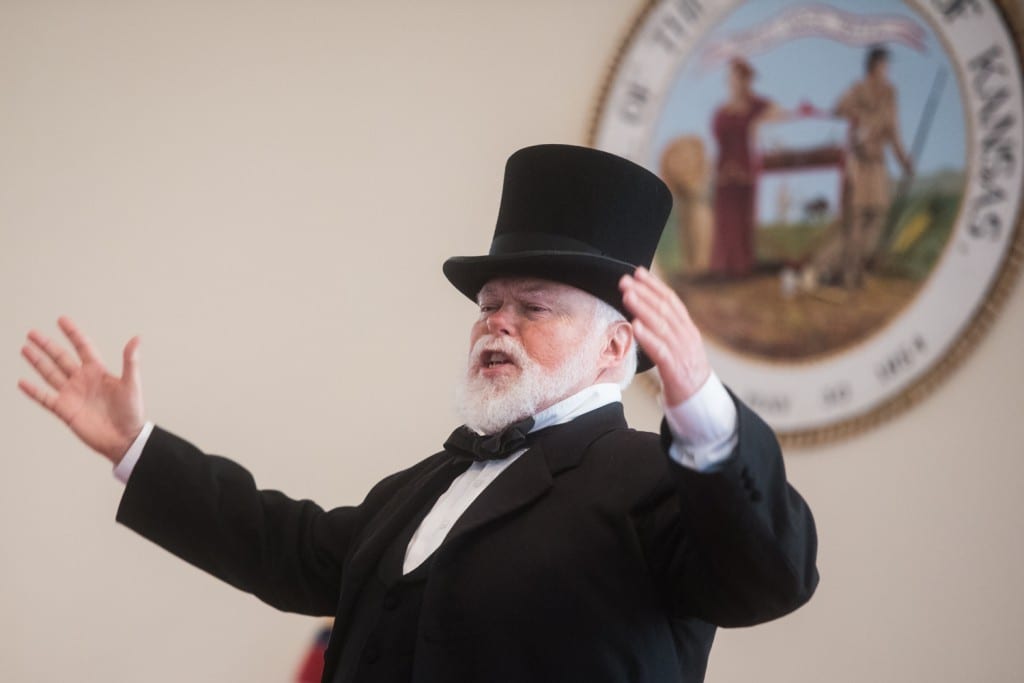 Historic Lecompton : “The Birthplace of the Civil War, Where Slavery Began to Die.”

Lecompton was founded in 1854 and platted on a bluff on the south bank of the Kansas River.  It was originally called “Bald Eagle,” but then later changed to Lecompton in honor of Samuel D. Lecompte, the chief justice of the territorial supreme court.

In 1855, the town became the permanent and only official capital of the Kansas Territory. Presidents Franklin Pierce and James Buchanan, Democrats, appointed territorial Kansas governors and officials to establish government offices in Lecompton, and construction began on an elegant capitol building.

In the fall of 1857 a convention met in Constitution Hall and drafted the famous Lecompton Constitution, which would have admitted Kansas as a slave state. The constitution was rejected after intense national debate and was one of the prime topics of the 1858 Lincoln-Douglas Illinois U.S. Senate debates.  The controversy contributed to the growing dispute soon to erupt in civil war. The Lecompton Constitution failed, in part, because the antislavery party won control of the territorial legislature in the election of 1857.  The new legislature met at Constitution Hall and immediately began to abolish the pro-slavery laws.  The victorious free-state leaders chose Topeka as capital when Kansas became a state in 1861.

The 1857 proslavery Lecompton Constitution written inside Constitution Hall caused much bitter and acrimonious debate in Kansas Territory, in the country and in the U.S. Congress when a brawl broke out in the U.S. House chamber late one evening as this constitution was being debated.  The Lecompton Constitution paralyzed the country, the Congress and the presidency of James Buchanan.  Buchanan’s Democratic Party would eventually splinter into southern and northern wings over this constitution and the Democratic Party would field three candidates in the 1860 presidential campaign while the new, united, northern Republican Party and its single candidate Abraham Lincoln would capture the presidency with just 39% of the popular vote.   The election of Lincoln, the secession of the southern states opened the door for Kansas’ admission as a free state on January 29, 1861 and hastened the country toward civil war.

The happenings in the Kansas Territory and in Constitution Hall caused a rupture in the relations of the North and South. There was constant conflict between the pro-slavery and free-state factions. Lecompton was considered the center of the pro-slavery movement, which of course was unsuccessful.  Kansas entered the Union on January 29, 1861, as a free state, and the Civil War began.

Lecompton has put aside its turbulent past and is now a delightfully quiet, pretty place and the people are proud of their part in the history of Kansas and the nation.  Lecompton was recently voted a “best small town” in Kansas by the readers of KANSAS! Magazine.

We would like to extend an open invitation to you, to take a step back in time, to look at the rich heritage that led to the formation of our town and the State of Kansas.  Come visit our two museums: Constitution Hall and the Territorial Capital Museum, plus more historic sites, restaurants, shops, and scenic views.