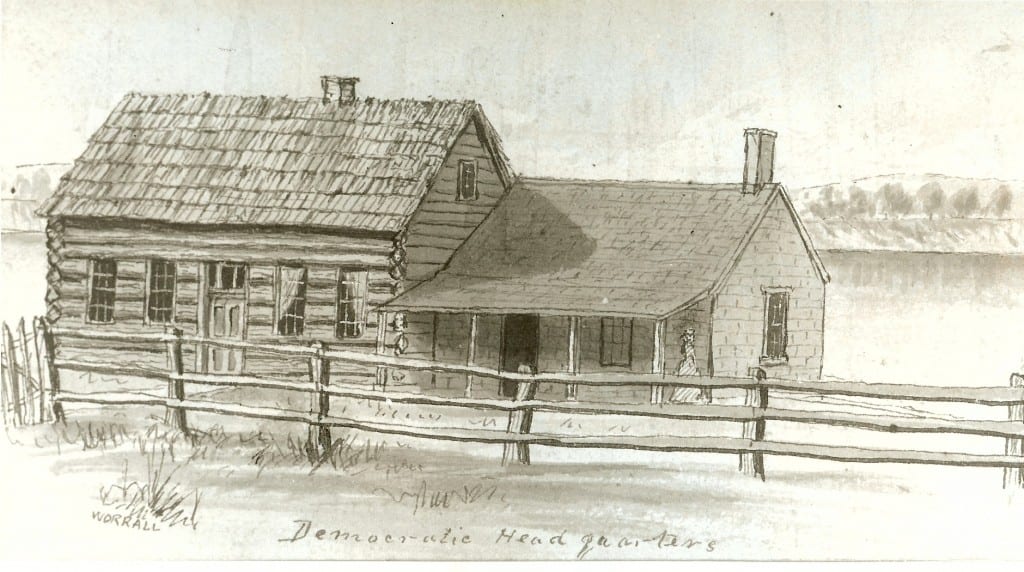 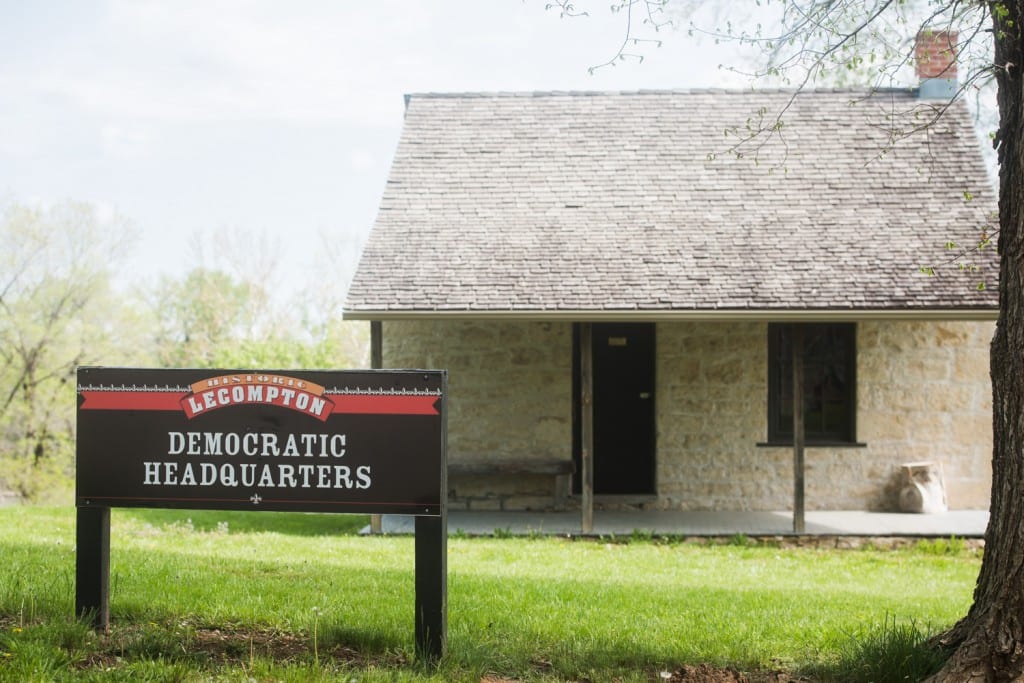 This stone building was the headquarters of the Democratic Party during the Kansas Territorial period (1854-61). The cabin was used during a time when Lecompton, known as “The Birthplace of the Kansas Democratic Party,” was the territorial capital and stood at the center of national attention. Within these walls ambitious and influential men gathered to discuss issues, plot strategies, and make decisions that helped to shape the destiny of Kansas politics and government.

Built in the 1850s by Italian stonemason Mark Migliario, this structure was attached to a log cabin that has since disappeared. It may have been the residence of William Simmons and his son Thomas. In 1853 the Simmons traveled from Indiana to this place where they “squatted” a year before Kansas Territory legally was open for settlement. The Simmons made their living on the Kaw River, where they fished and operated the Fairy Queen, a twenty-foot ferry made from hollowed-out sycamore logs.

Later this building’s function changed from politics to commerce when it was acquired by the Atchison, Topeka and Santa Fe Railroad, which for many years used the building as a pay station. 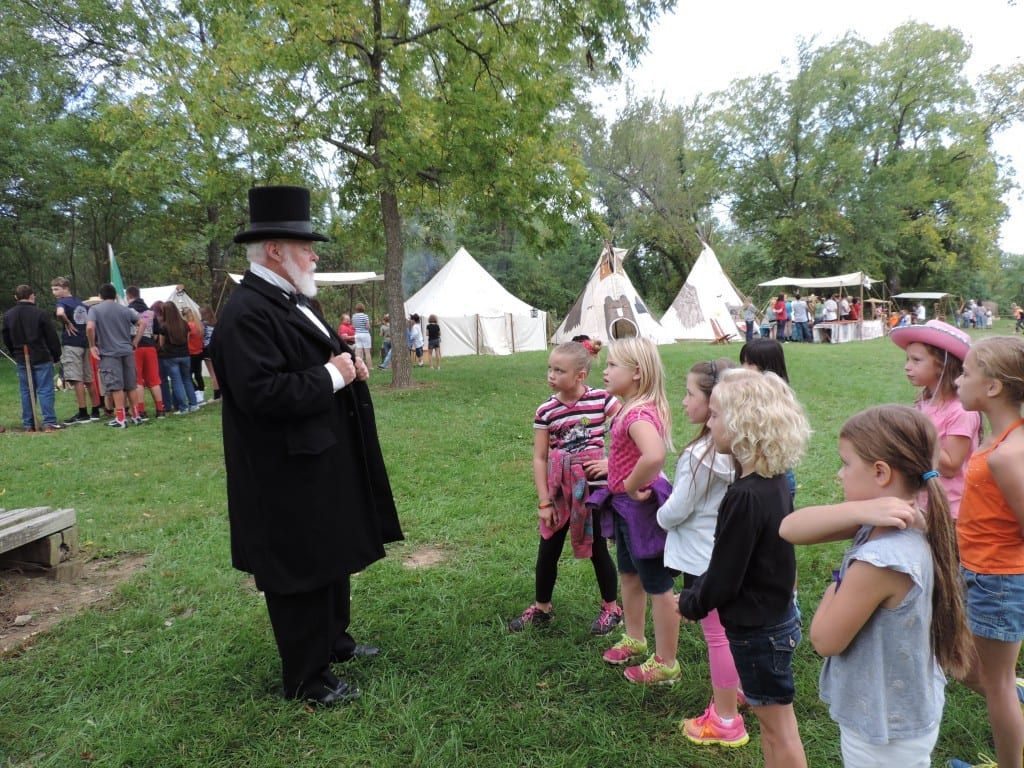 Our Bald Eagle Rendezvous, in September, takes place at the beautiful area at Democratic Headquarters, overlooking the Kansas River.

The Lecompton Democratic Headquarters was dedicated on June 27, 2004.