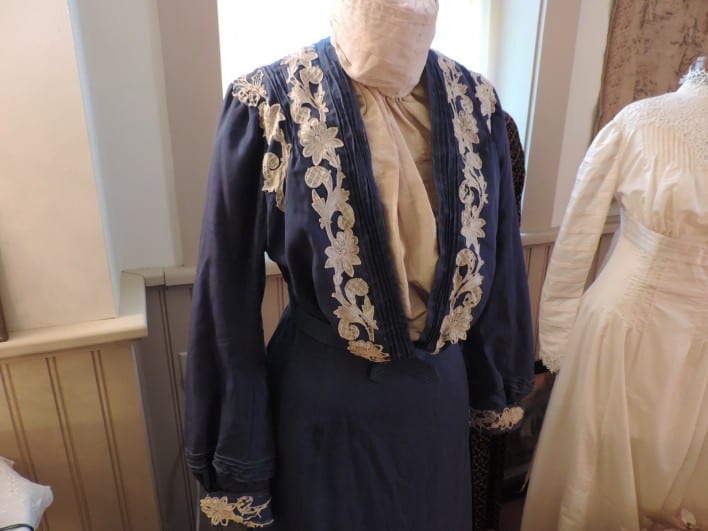 Jennie Nuffer married Charles Zeeb on  December 19th, 1902 at her parents home near E. 550 Road and N. 1400 Road (now part of Clinton Lake).  Jennie was deaf at the age of 3 or 4, probably from a fever.  Her parents spoke German, but Jennie later learned to lip-read English.  Her husband Charles attended Lane University in Lecompton, KS for a short time.   In this photo, Jennie is wearing her beautiful blue wedding dress with cream-colored lace and a cream silk front. 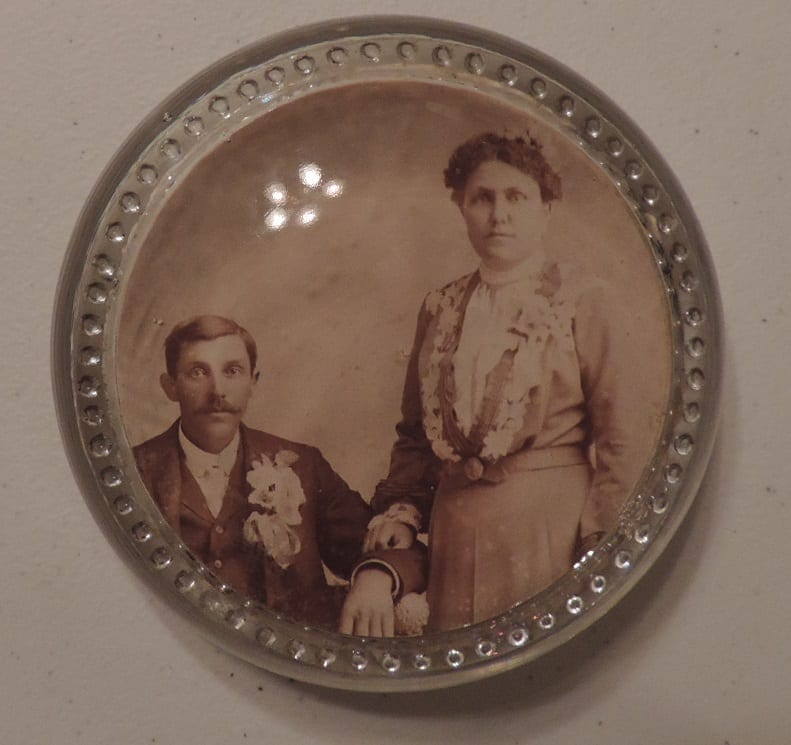 This summer, Jennie and Charles’ granddaugher, Norma Damm Lynch, donated the wedding dress to the Territorial Capital Museum in Lecompton.  Norma’s mother, Mabel Sophia Damm, was the daughter of Jennie and Charles Zeeb.   Photo below is of Norma with her grandmother’s wedding dress, taken November 2015, in the “art” room of the museum. 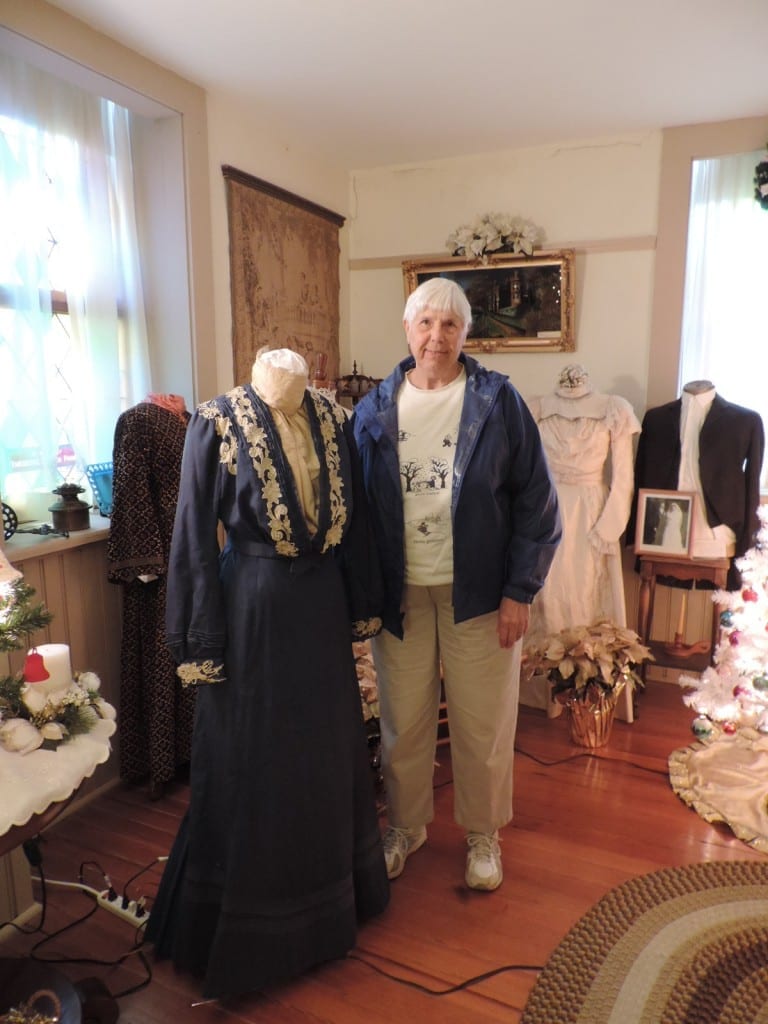