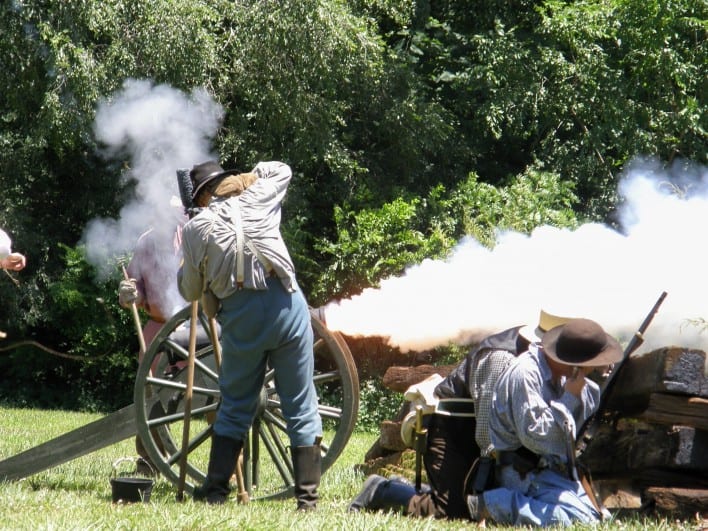 The first battles of the Civil War happened before the war.  And they happened in Kansas Territory.

One hundred and sixty years ago the Battle of Fort Titus was fought just 2 miles from Lecompton.  Proslavery men against free-state men.  Visit Lecompton this summer, June 18th, 2016, 2pm, to see the battle reenacted.  Get a better understanding of what it was like in Bleeding Kansas.   Plus, you’ll get to see and hear a canon!

Everyone is welcome to attend the reenactment: come as you are or dress in period clothing! 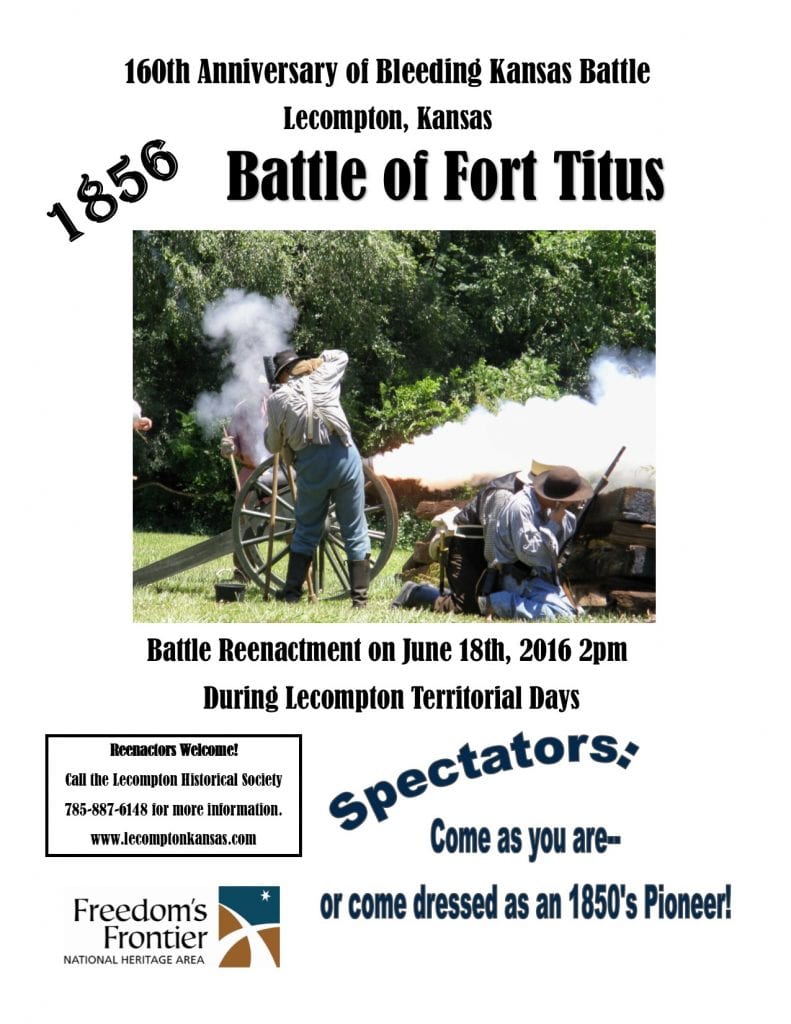 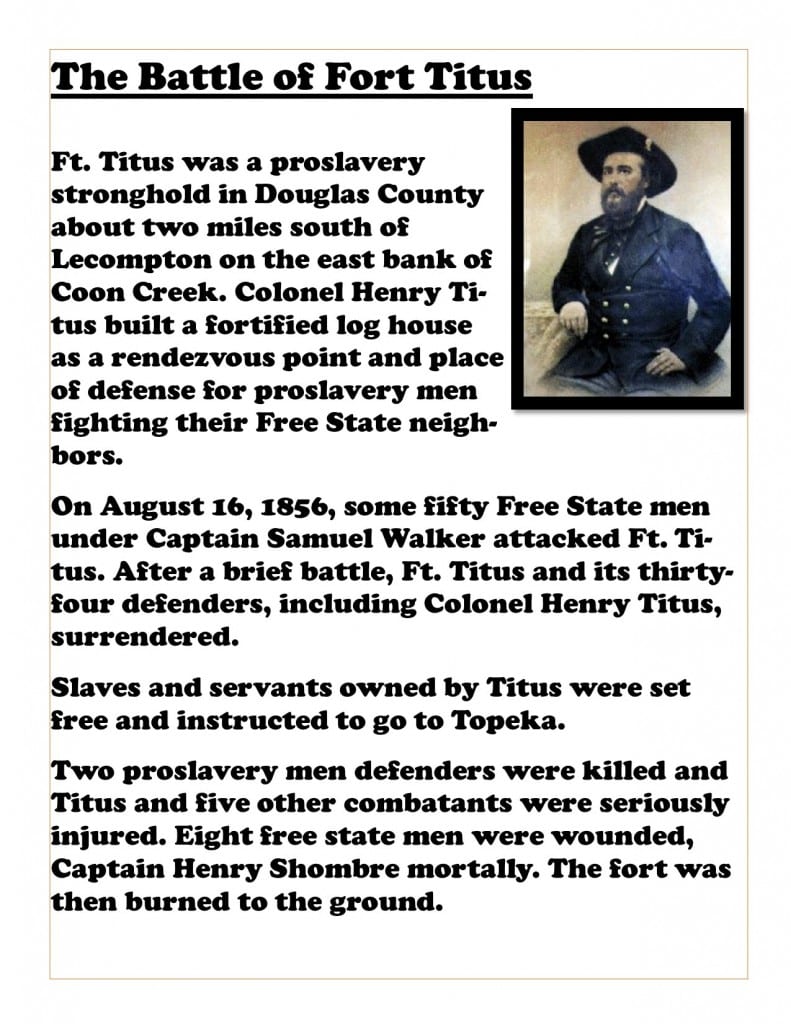 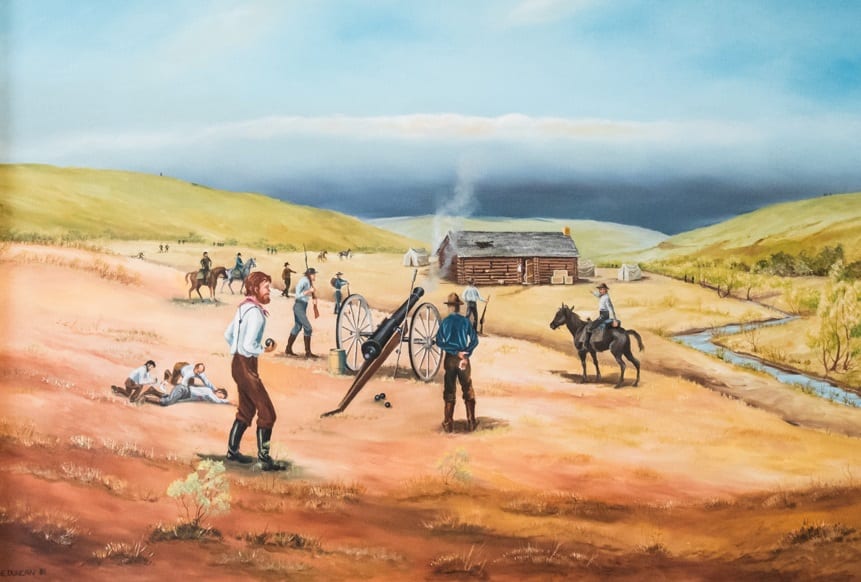 Painting of the Battle of Fort Titus, by Ellen Duncan, at the Territorial Capital Museum in Lecompton, Kansas. 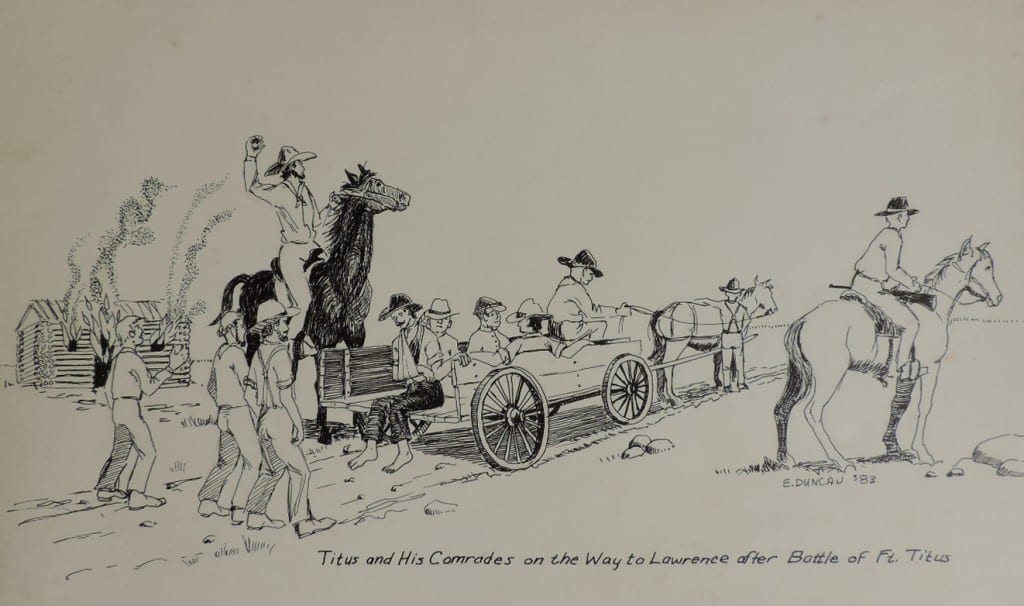 Titus and his comrades after Battle of Fort Titus, drawing by Ellen Duncan, from the Territorial Capital Museum in Lecompton, Kansas. 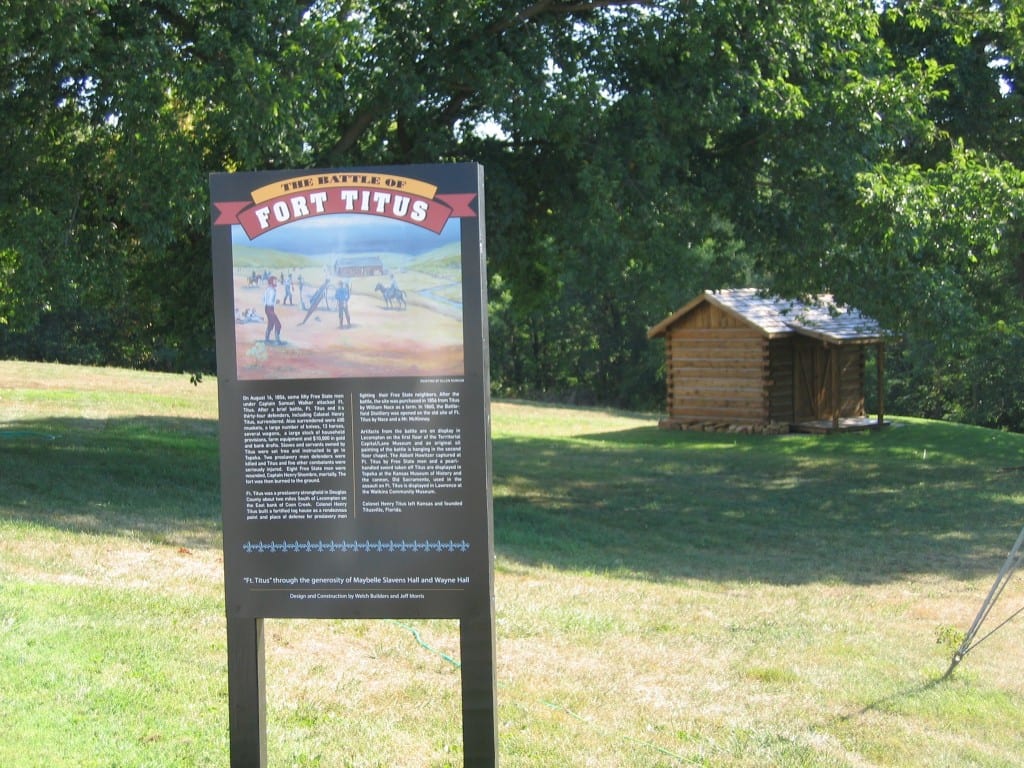 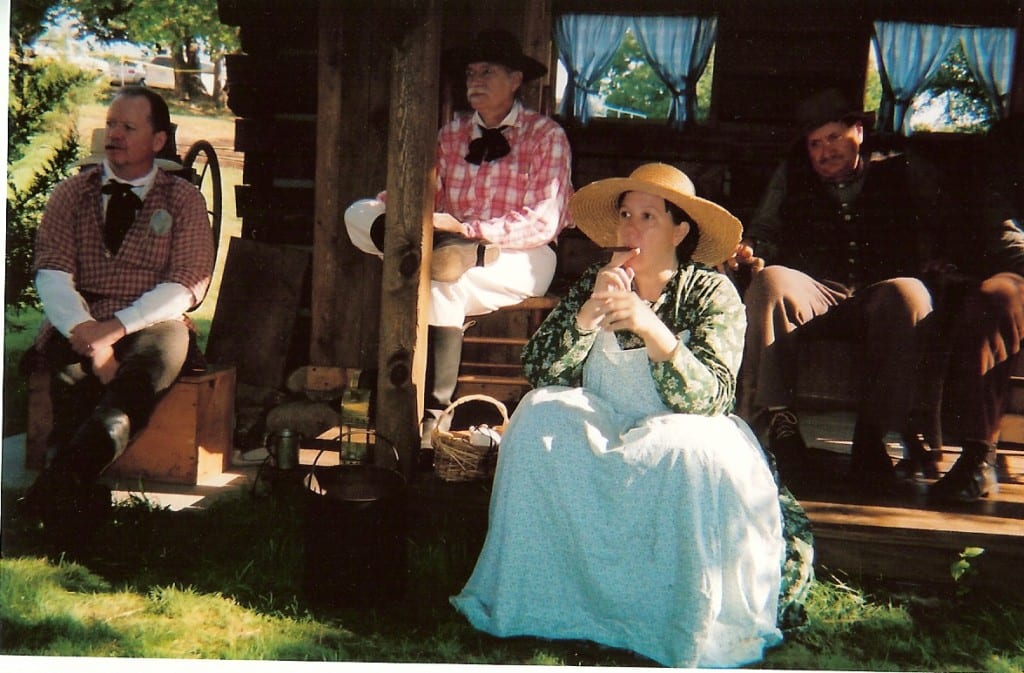 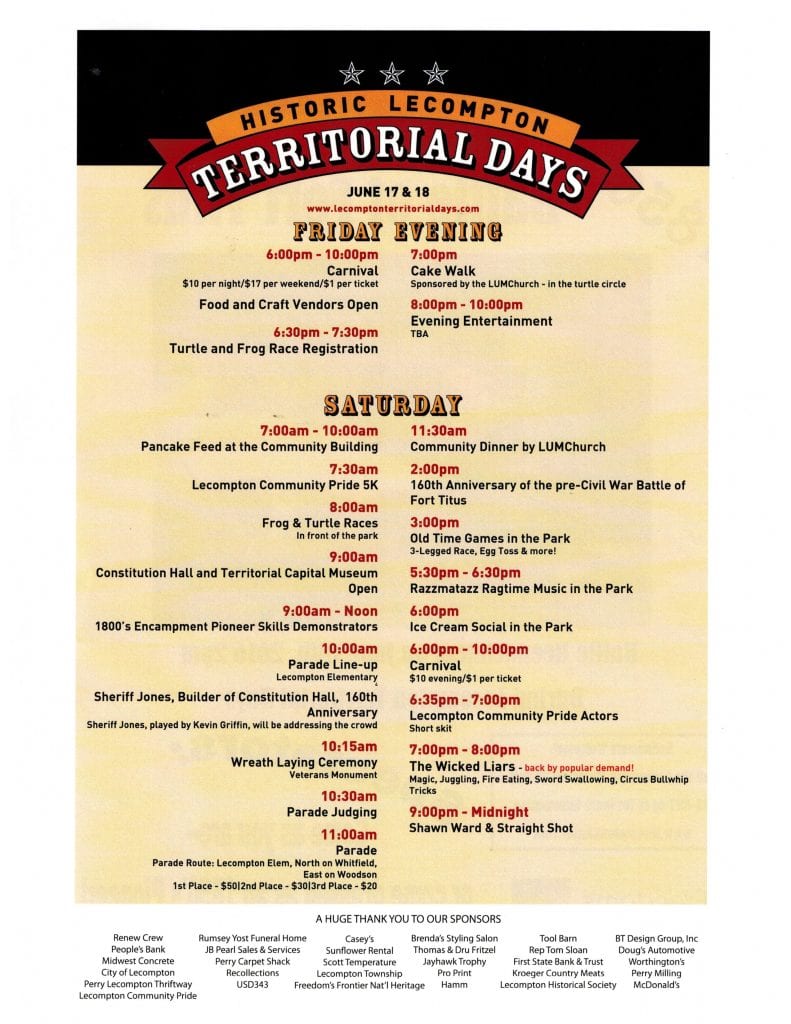