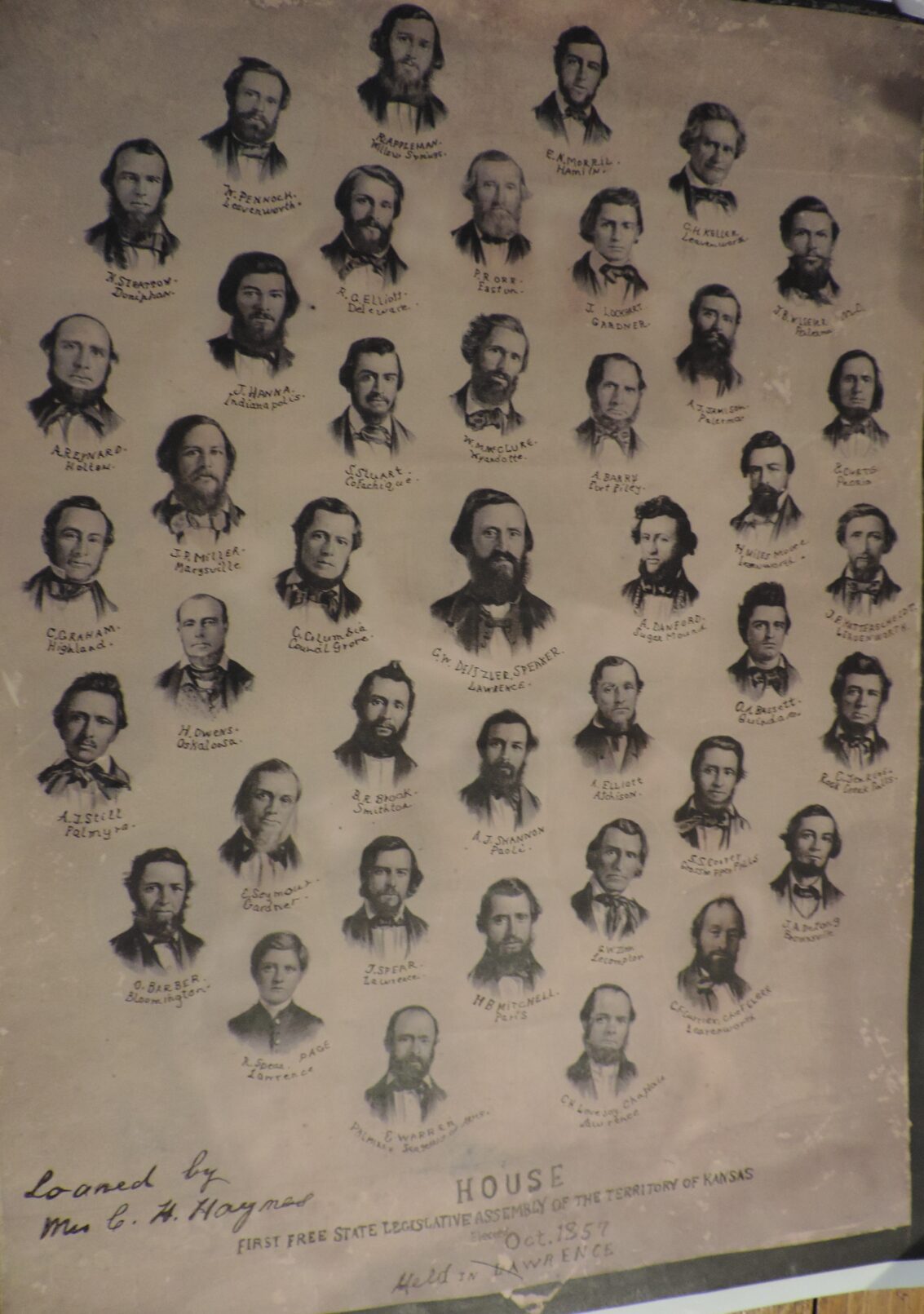 In 1857, Lecompton went from being known as the Proslavery Capital to the Free State Capital of the Kansas Territory with the defeat of the Proslavery Party by Kansas voters. Victorious Free State legislators triumphantly march into Lecompton, accompanied by a raucous free state mob, to celebrate their victory at Constitution Hall with a special session of the first Free State majority legislature. This historic session convened on the second floor of Constitution Hall on December 7, 1957.

Preceding this historic assembly was the turning point election held on October 5, 1857, for members of the third territorial legislature.  The result flipped the ruling majority in both the House and Senate from proslavery to free state control.  The anti-slavery victory was made possible by Governor William Walker.  He assured free state men that they could vote unmolested and that this election would be free, fair and an honest one.  The governor ordered and stationed federal troops at polling places particularly along the Kansas-Missouri border to protect the ballot box.  Additionally, the governor rejected proslavery bogus ballots fraudulently cast for proslavery candidates by Missouri border ruffians stuffing the ballot box on election day.  These steps by the governor resulted in an historic victory for the free staters, now holding majority seats in both the House and the Senate.

What makes the lithograph so unique is that it clearly and legibly identifies by name and hometown each member of the 1857-1858 Kansas Territorial House of Representatives pictured in the lithograph. This important piece of Kansas history will be on display at the Territorial Capital Museum in Lecompton, Kansas.